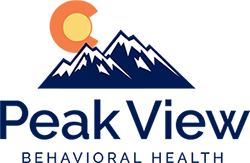 Post Traumatic Stress Disorder (PTSD) is often associated with military service. Those who serve in the armed forces often have experiences that are difficult for them to come to terms with. Frequently, for example, troops returning from combat duty find that they have great difficulty putting those experiences behind them.

But those who serve in the military are not the only people who may battle PTSD. The disorder also can affect individuals who have endured any kind of traumatic experience. Those experiences might include (but are certainly not limited to):

These kinds of experiences can leave a seemingly indelible impression in the mind, and the aftereffects can be quite severe and disruptive—both for the person who experiences those effects and the people around them.

So what are the symptoms of PTSD? Let’s take a closer look.

Traumatic Events Can Linger in the Mind

Many of the symptoms of PTSD can be grouped together under the heading of “intrusion.” That means the aspects of the traumatic experience seem to frequently invade a person’s daily life. These intrusions might take a variety of forms:

Traumatic Events Can Lead to Avoidance

Another group of PTSD symptoms might be called avoidance symptoms. The name gives a good sense of what these might include:

A third collection of symptoms can be categorized as changes to the ways in which a person with PTSD reacts in various situations. Symptoms related to reactivity can include:

The last category of PTSD symptoms involves significant impacts to cognition, mood, and more. These issues can include:

There are two major approaches to treating PTSD—therapy and medications—and they are generally considered most effective when used in combination.

Eye Movement Desensitization and Reprocessing (EMDR) is among the therapy options for addressing PTSD. Unlike some of the other therapeutic approaches, EMDR often does not involve telling your therapist about the trauma you experienced. Instead of speaking about it out loud, you focus on it mentally while you watch and/or listen to movements and/or sounds. Over about three months of weekly sessions, this technique helps to reframe the way your body and brain react when confronted with memories of the trauma.

The FDA has approved two medications for treating PTSD. Sertraline (Zoloft) and paroxetine (Paxil), but your doctor may prescribe different antidepressants (including fluoxetine or venlafaxine—Prozac or Effexor) or other medications depending on your individual situation and how you respond to any given medication.

The most important thing to note here is that PTSD can be—indeed, should be—treated. The negative impacts of the disorder can make daily life extremely difficult. Worse, the feelings of guilt that often characterize the disorder can make a person feel as though they don’t deserve to feel better and are unworthy of help. But that’s the disorder—not reality.

The reality is that many people have experienced traumas that were totally beyond their control and now threaten their ability to function. Every single person in that situation needs and deserves help so that they can reclaim their lives and leave their pasts in the past.

If you are struggling to put a traumatic experience behind you, it might feel as though the task is impossible. But it isn’t.

At Peak View Behavioral Health, we have the expertise and the compassion necessary to help you move past your trauma so that you can focus on your present and future rather than your past.

In addition to providing therapeutic options for dealing with PTSD, we can also help you address a co-occurring substance use disorder. Drug and alcohol use are frequently seen among those who struggle with PTSD. This kind of “self-medication”—a dangerous and generally ineffective way to manage PTSD’s symptoms—eventually becomes a problem in its own right. If that’s the situation in which you find yourself, we can provide detoxification and rehabilitation so that you can reclaim your sobriety.

Are you or a loved one looking for PTSD treatment in Colorado? For more information about Peak View Behavioral Health, or if you have questions, please call us at 719-444-8484 or use our contact form.
PrevNext