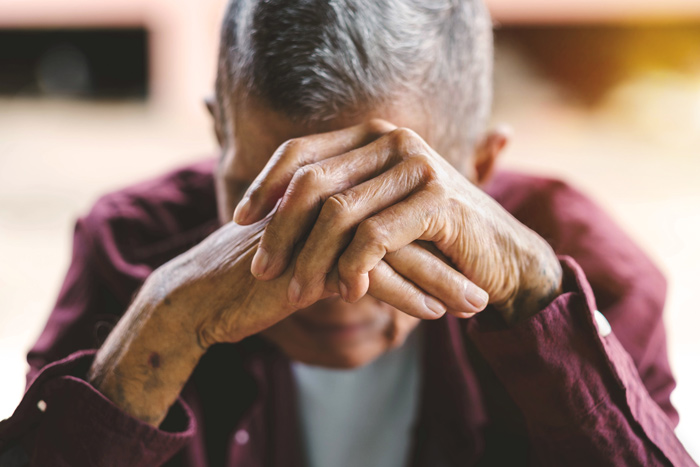 Everyone gets a little sad or blue sometimes.

Whether the feeling comes on because of a particular event or is the result of hormonal shifts, most people experience it for a day or two, maybe even a few days. It’s a common emotion.

However, when sadness lasts for two weeks or longer, it’s time to take a closer look at what might be happening.

The American Psychiatric Association (APA) defines depression—also referred to as major depressive disorder—this way: “It’s a common and serious medical illness that negatively affects how you feel, the way you think, and how you act. Depression causes feelings of sadness and/or a loss of interest in activities once enjoyed. It can lead to a variety of emotional and physical problems and can decrease a person’s ability to function at work and at home.”

According to the APA:

Other research points to major depressive episodes as a contributing factor to thoughts of suicide: approximately 32 percent of depressed people have suicidal thoughts compared to 2 percent of non-depressed people. Depression is also a primary reason for someone making suicide plans and attempting suicide.

The APA notes key factors such as:

Clinical depression is different than feeling temporarily sad about losing your job or experiencing grief over a loved one’s death. While both grief and depression have complicated emotions and behaviors, those associated with loss often ebb and flow. With depression, emotions tend to affect all aspects of life over a consistent period of time. Another distinction is that grieving people usually retain their self-esteem, whereas individuals suffering from depression also experience self-loathing and worthlessness.

However, continued joblessness or the loss of someone you love can trigger severe depression beyond initial sadness or grief. In these circumstances, people often feel depressed longer than they would otherwise, and require individualized treatment to address the conditions separately.

Symptoms of Depression You Should Know

It’s not uncommon for any one of us to wake up one morning feeling, well, blah. You didn’t sleep well, you’re not interested in what lies ahead, the usual mini-moments of gladness are nonexistent, and everything irritates you. Most of the time, you bounce back after a day or two.

But if you’re actually depressed, watch for these symptoms:

If you’ve had some of these experiences for two weeks or longer, use this test from Psych Central to determine if you need help from a mental health professional.

If you’ve had suicidal thoughts, call the National Suicide Prevention Lifeline right away: 1-800-273-8233, or chat here. The Lifeline offers confidential and free support 24/7.

For more information about Peak View Behavioral Health programs, or if you have questions, please call us at 719-444-8484 or use our contact form.
Next